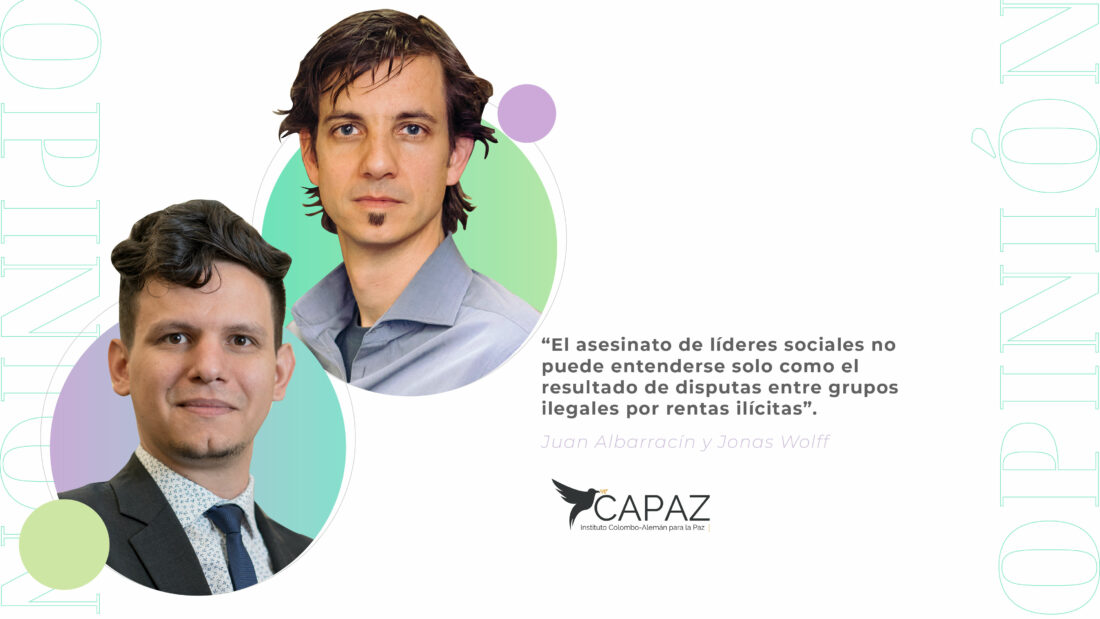 As part of its Education and Science Diplomacy project, CAPAZ is producing a series of audio-visual products such as video-series, columns, and academic or cultural events. This project was the result of having received the award as one of the three most successful experiences in science diplomacy granted by the German Federal Ministry of Education.

The fourth CAPAZ opinion column that we are launching in partnership with our colleagues from El Espectador’s Colombia + 20 is entitled “The political logic of the murder of social leaders in Colombia. In this column, Juan Albarracín, a political scientist and visiting assistant professor from the Keough School of Global Affairs, University of Notre Dame (US) and Jonas Wolff, researcher and director of the “Intrastate Conflicts” research department at the Peace Research Institute Frankfurt (PRIF), and member of the CAPAZ board of directors, elaborate a series of arguments explaining the relationship between violence against social leaders and the political context in which this phenomenon occurs.

“Although the murders tend to occur in regions with a strong presence of illicit economies (illicit crops, in particular), with weak state presence and in areas with a former FARC presence, the murder of social leaders does not boil down to disputes between illegal groups over illicit rents”, explain the researchers.

Look out for upcoming content and productions as part of our Science Diplomacy project. Find out more here.